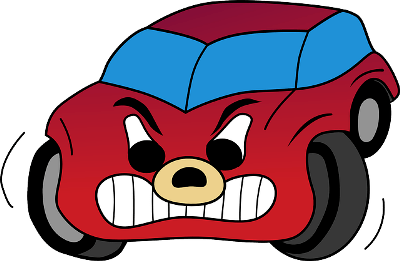 I had something happen last Sunday that I hadn't come across before. I don't think I handled it properly and wondered what others think. Please leave your opinion in the Comments section below.

First of all, I live in a holiday destination (Noosa) and so weekends are usually busy.

There's a roundabout into Hastings Street, the Noosa Heads main drag. Traffic moves slowly but constantly around it and into Hastings Street. There's nowhere to stop, but as long as your rider is visible and clearly signals you, you can switch your hazards on and pick them up. The drivers behind will wait patiently. And yes, it's different in Sydney and Melbourne.

There's a taxi zone with space for around 5 cabs just before the roundabout.

Now let me say up front I totally sympathise with taxi drivers' objections to Uber drivers using taxi zones. Taxi licences are expensive and have indirectly paid for the construction of that infrastructure. They own it and no one else, but particularly a competitor, has the right to use it.

Anyway, I got a ping and the pickup was 55 Hastings Street, which I knew usually meant near the roundabout.

So I approached the roundabout, but no one was obviously looking out for an Uber, so I went around it and then back around the next one to approach it again.

This time, they got up and made themselves known.

They were in the taxi zone!

There was also a cabbie in the taxi zone. So he had these 3 people ignoring his cab but using his zone and calling an Uber. Don't know about you, but I'd be pissed.

There was nowhere else to stop, so I made a snap decision and pulled into the taxi zone to pick them up.

Then an agony of waiting while 3 morbidly obese people tried to work their way around the barrier that's there for people to queue for cabs and take the first one in line.

My car is quite large but they could barely fit in it. They were headed for the liquor store. Who would have guessed?

I gave the cabbie a thank-you wave as I pulled out, but he wasn't happy. I was probably lucky that there was only the one taxi there.

In future, if there's some where else to pull in, I'll do so and phone the rider to tell them I can't pick them up in a taxi zone. And if there's nowhere else to stop, I'll just cancel the ride and hope they'll work out why.

What do you think?