Uber Has a New CEO 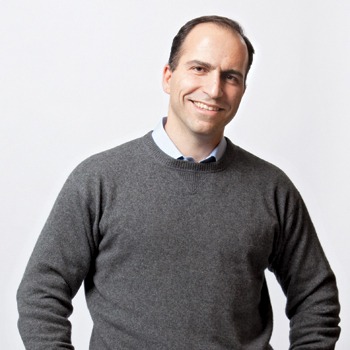 Did you hear the news? Uber has a new CEO! Other than Uber's 180 Days of Change, things probably won't change right away for drivers, but there will definitely be some sort of shakeup over at Uber HQ. Today, we cover Uber's new CEO - who he is, his background and what you need to know about him.

This is what new Uber boss Dara Khosrowshahi will face on his first day: A queue of angry regulators in many countries suspicious about Uber’s practices; a lawsuit with Google’s corporate cousin over Uber’s driverless car program; drivers angry about how Uber treats them; a workforce demoralized by months of bad headlines and a sick corporate culture; a board of directors spewing more venom than the characters in the “Valley of the Dolls,” and a founder with outsize voting power who has seen himself as a CEO in waiting, and appears willing to smear anyone who disagrees with him. Why would anyone want to be CEO of this mess?

Sum and Substance: Uber Technologies Inc. has finally settled on a new CEO after a lengthy and messy fight over whose vision of the company should win out. The even harder part starts now. Uber needs to decide whether it’s a grown-up company that will start building a sustainable, profitable business suitable for a public company, or if it’s still in a teenage phase of spending like mad to push into every country and new area of business it can…

Another of the pressing questions for the company is whether to accept the offers of SoftBank and other firms eager to buy Uber shares — preferably at a steep discount — from the company’s existing investors. The big deal is how such a transaction might alter the makeup of the company’s investor base, and whether that would soothe some of the company’s internal feuds — or make them worse…

The new CEO’s most important role, then, is to play peacemaker-in-chief. That is in addition to all the other most important decisions. Good luck. He’s going to need it.

Our Take: Yes, it appears that Dara Khosrowshahi will have a very long To Do list as Uber’s new CEO. Bloomberg, as always, provides one of the most incisive analyses of the challenges facing Uber as it moves from its TK phase to its DK phase.

But I found one thing notably missing from this article – the driver perspective. One of our regular reader recently suggested that Uber’s new CEO and all important new hires be required to spend at least a week behind the wheel before starting their job. I’m not sure that’s possible given everything else on his plate, but unless DK gets a good understanding of the perspective of drivers, he’s not really going to understand the real challenges facing Uber.

Drivers are what makes this company what it is. The sooner DK understands that – the better off both he and Uber will be. Here’s an excerpt from Scott Myers in a letter to DK sent this past week, “The next CEO of Uber should not take this position because of ego, enhancing one’s legacy, or for further financial gain. The ‘elephant in the room’ of Uber is its business model, which is totally dependent, for at least the next ten years, on the continued exploitation of the ‘independent contractor’ drivers, who barely earn minimum wage with NO BENEFITS. If the next CEO can’t remedy this problem, then that CEO will live in infamy.”

Sum and Substance: Khosrowshahi, who has worked at Expedia for 12 years, will bring some of Kalanick’s aggressive drive back to a company that has been leaderless since June. The 48-year-old executive got his start in finance at Allen & Co. before joining I.A.C., where he became a protege of Barry Diller.

The former refugee, who fled the Iranian Revolution for the United States when he was 9 years old, was once described as a “ruthless deal maker,” though he’s since become more “approachable.” Khosrowshahi, who has a reputation as a good leader, made $2.45 million as the head of Expedia in 2016; the year before, he made $94.6 million because he entered into a long-term employment agreement with Expedia, making him the highest-paid U.S. C.E.O. that year. Expedia’s stock is up 32 percent this year.

He sits on the boards of The New York Times and Fanatics, a billion-dollar sports retailer that Masayoshi Son’s SoftBank invested in earlier this month (SoftBank is in consideration for a stake in Uber, too). Khosrowshahi, who has shown some interest in autonomous technology, is no stranger to the transportation space; he’s an investor in Convoy, an “Uber for trucking” start-up that essentially rivals Uber’s own Uber Freight.

… The new Uber C.E.O. will be expected to whip Uber back into shape following months of scandal and investigation into Uber’s workplace culture, which led to at least 20 employees getting fired for human-resources-related violations. Khosrowshahi will also have to steer the company through its intellectual-property theft lawsuit with Alphabet, and he has some experience fighting the search giant: Expedia was among a group of companies that opposed Google’s search dominance, in a European Union anti-trust case, telling Bloomberg earlier this summer that Expedia was “comfortably uncomfortable as it relates to Google.”

Khosrowshahi was considered a “truce” candidate for Uber’s dueling board. A faction of the board’s directors, including Benchmark—which would like Kalanick to be less involved with the company moving forward—wanted Whitman as the next C.E.O., but her stipulations for taking the job involved Kalanick being less involved with the company, which some board members didn’t like. Another part of Uber’s board—including Kalanick—had supported Immelt, who suddenly backed out of the search process on Sunday. It’s unclear how much of a role Kalanick will have at the company he founded with Khosrowshahi at the helm.

Our Take: From all appearances this appears to be an excellent choice. He’s run a public company, which should please all those shareholders who are looking for an exit. He’s a finance guy, having worked as a VP at investment bank Allen and Company.

Perhaps more significantly for the Uber job, he’s established a reputation as a person of high integrity. If you want even more info on DK, check Recodes and Kara Swisher’s analysis here.

Sum and Substance: … The similarities were clear. Amazon began as an online bookstore but it was never just about selling books; over two decades, Amazon’s founder, Jeff Bezos, methodically expanded his company’s range, operational infrastructure and its ambitions to ultimately pose an existential threat to the entire retail industry. Uber, in Mr. Kalanick’s expansive vision, was similarly never just about hailing rides.

To him, a taxi-like car service has always been a gateway for a business model that he believed would upend the entire trillion-dollar global transportation industry, altering the way people and things move around the world — and turning Uber into one of the handful of American tech giants that will lord over the coming century.

That vision now lies in the hands of Dara Khosrowshahi, the longtime chief executive of the online travel company Expedia, who Uber on Sunday picked to replace Mr. Kalanick. Mr. Khosrowshahi faces one primary question in that role that has everything to do with ambition: Will the company still aim to become the Amazon of transportation, or will it settle for being the Expedia of its market — one of the largest of several players in its industry, but not expansionist and messianic, hellbent on becoming the next great American technology behemoth?

But Mr. Khosrowshahi’s past at Expedia sheds some light on his temperament. He has had a largely successful run there, and appears to be a patient operator who can fix an ailing company. His tenure also suggests a very different outlook from Mr. Kalanick’s. In one of the biggest misses of Expedia’s history, Mr. Khosrowshahi appeared wary of taking a big, potentially lucrative risk on a groundbreaking new idea in his industry — and he came out the loser. To his credit, he helped steer Expedia to adjust from that mistake. But his initial impulse may suggest a more risk-averse mindset than Mr. Kalanick’s — though that, of course, may be just what Uber needs now.

Our Take: At the heart of DK’s challenge is some tough decisions about what to cut. Clearly Uber cannot continue to lose money at the pace it has in the past and still retain the loyalty and interest of investors. Some, notably Benchmark and Lowercase, are reportedly looking to unload their shares now.

The question for DK is what to cut without also stripping away the grand vision that made Uber such an enticing proposition. Hopefully, this article gave us a good look at where DK might start in this process. All this might seem a long way from us in Australia but in the end, Uber's global vision affects all of us drivers.