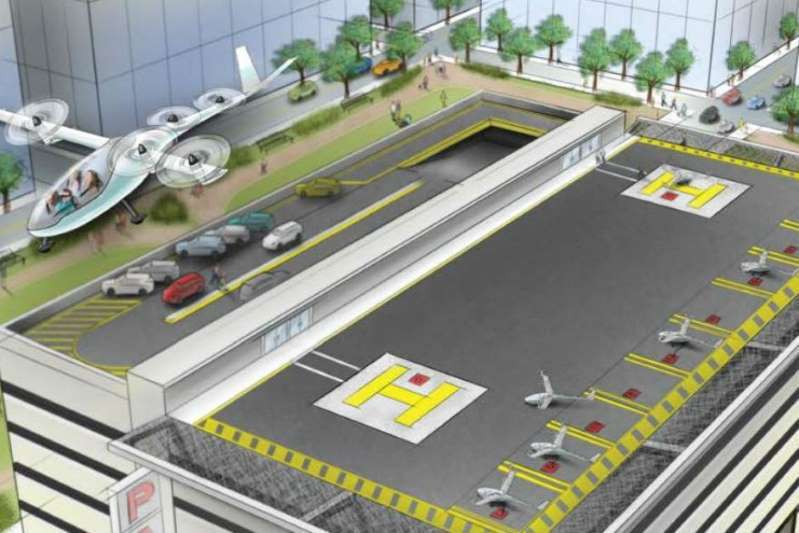 Recently I've been posting about my belief that the days of the Uber driver are numbered because autonomous, self-driving cars are just around the corner. The technology advances have been so rapid that most of the potential problems are already solved and governments will be driven to early adoption in order to reduce the road toll and congestion.

I've had a lot of feedback in support but also some disagreement, from people who just can't see it happening that quickly, if at all.

That's OK. It's human nature to believe that the future will be just like the present.

After all, that's how it was for hundreds of years. Progress was so slow that it wasn't discernible within one or two or even three generations.

Now, of course, it moves at a lightning pace.

In one generation, computers have been invented, occupied a large room with dedicated air-conditioning and dust filters, prompted the then president of IBM to say that one day, there could be a world-wide market for as many as 10 computers, to something that fits in the palm of your hand, connects with a world wide web of other computers, doubles as a phone allowing you to speak to anyone anywhere else in the world and takes high definition photos and videos. 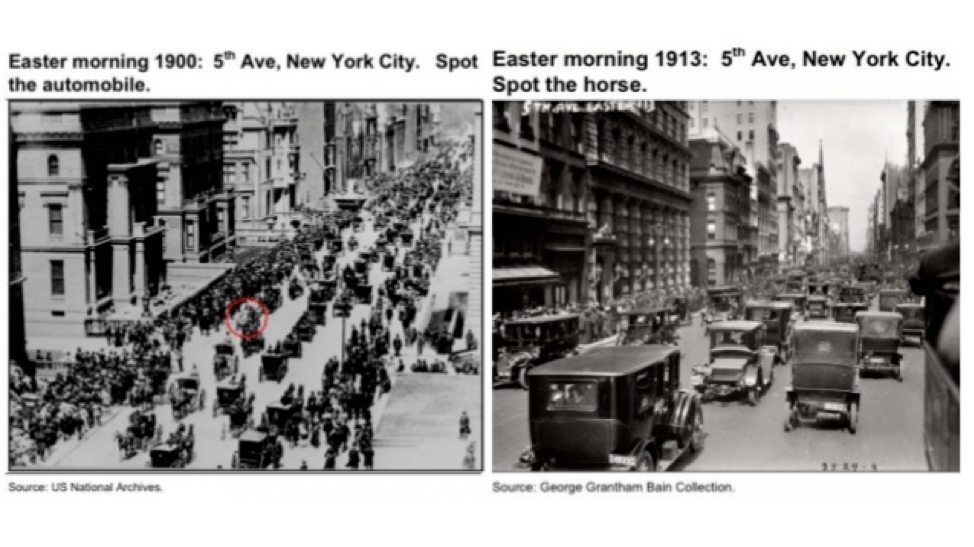 When the automobile was invented, most people believed that this slow, noisy contraption requiring great expertise to drive, would never replace the old, reliable horse and buggy.

Take a look at the above photo from the US National Archives. 13 years (equivalent to about 13 days now) between the street full of horses to none at all. Just cars.

Some Advantages of Flying Cars

I knew some of my readers would have trouble accepting that self-driving cars were just around the corner, so I didn't talk about my more radical belief that it will be a quick, short step to autonomous electric flying cars.

The advances in drone technology and the emergence of 5G make it much closer.

The advantages are huge.

Total elimination of congestion for starters. Drones by nature have VTOL (vertical takeoff and landing) so you call up your Uber, it drops out of the sky, rises to its computer assigned flying level, takes you in a straight line to your destination and descends vertically.

With just 10 assigned flying levels, you reduce congestion by over 90%!

Secondly, you free up all the real estate currently occupied by roads. They're just not needed any more. Imagine if a progressive government turned them all into green space, devoted to parks, pedestrian walkways and bicycle tracks. And all without the noxious fumes currently emitted by internal combustion engines.

Now if you think all this is science fiction, the fact is that Uber is trialling flying cars in 2020 in three cities, Melbourne, Dallas and Los Angeles. All the agreements are in place, including not just governments but also Telcos, who will provide the 5G network required for autonomous flying.

Clearly, not at first. But that doesn't mean you'll be flying them either. And certainly, self flying is where they are headed.

Asked about who will be driving the flying cars on Wednesday, an Uber spokesperson said the company is working through a number of possible models.

“As different VTOL [vertical take-off and landing] models are developed, we will have a better sense of which option makes the most sense, but automated technology will certainly play a large role as it currently does in most modern air transportation,” the spokesperson said.

As for the noise, Uber says the electric vehicles will be at least 32 times quieter than helicopters, while on the safety front they’ve been designed with four engines so even if one rotor breaks the vehicles can still land safely.

Other Players Besides Uber

Besides the usual suspects like Elon Musk, Google, Apple and Amazon, there are others also looking to break into this lucrative, driverless space.

They include Airbus, Volocopter and Air New Zealand, all of whom could be announcing their own trials soon.

I've written a small booklet that explains how you can get into the lucrative internet marketing business and get me to build and host your first website for you for FREE!

LEARN HOW YOU CAN GET A FREE DFY INTERNET MARKETING WEBSITE