When Should an Uber Rider be Able to Cancel Free? 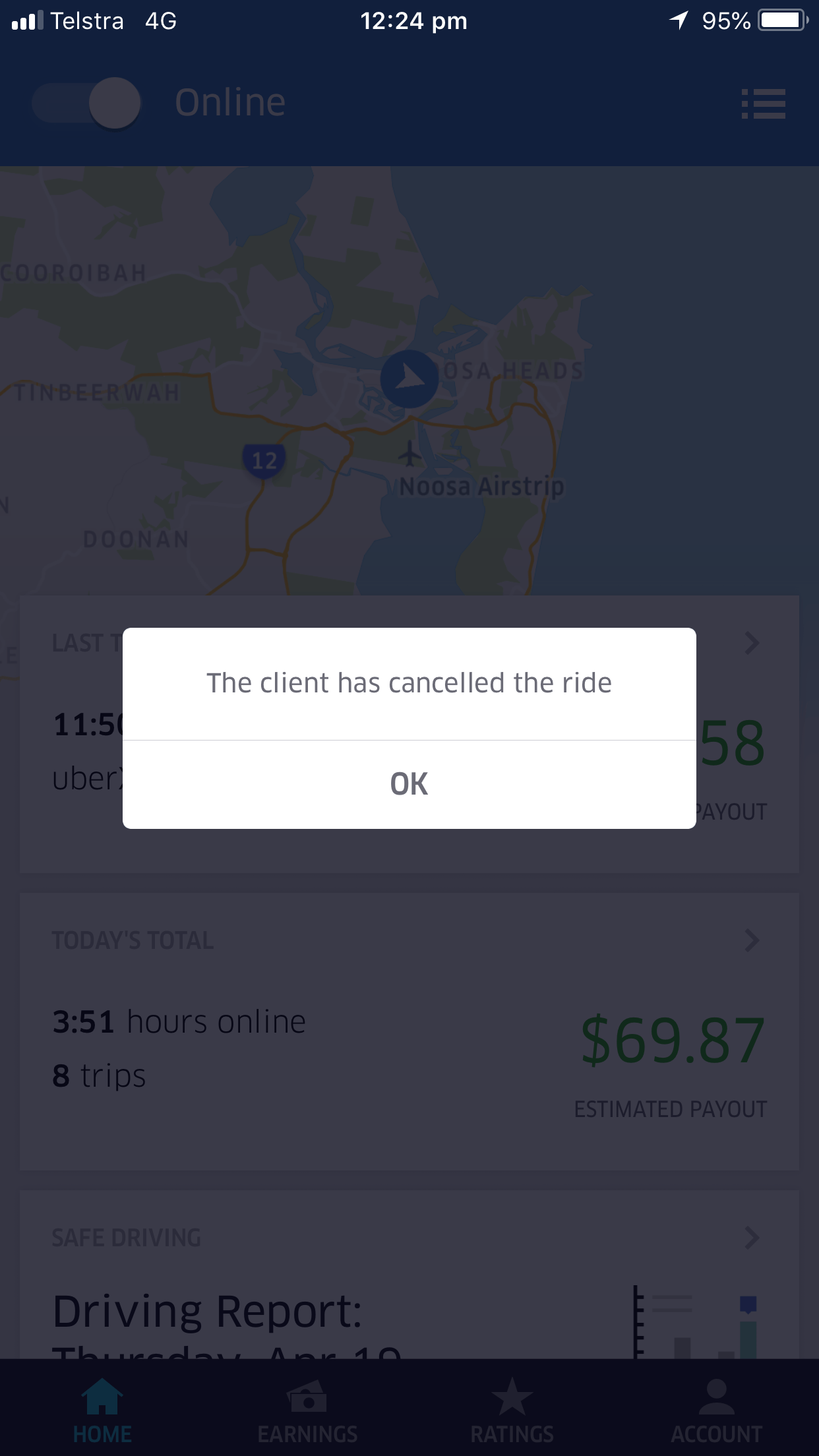 It happens to all of us at one time or another.

A rider calls for an Uber, you accept the ride, head out to the pickup address and then the rider cancels.

You wonder what the heck happened?

Did they press the Uber app and proceed to confirm and then remember they actually meant to send a text to Aunt Bessie?

Did they take a good look at your face on the acceptance confirmation and decide they didn't want to ride with you?

Or was there a genuine unforeseen emergency that was a legitimate reason for cancelling the ride?

Unfortunately, we never get to know.

And from my experience, we rarely get the cancellation fee either, because the rider has a whole 5 MINUTES to cancel without penalty.

This morning, I was in a good position to pick up an airport ride. Two hours before a scheduled flight from Sunshine Coast airport to Melbourne, parked outside the Sofitel resort hotel.

A ride request came in, 6 minutes away. Well, it had been a quiet morning and a bird in the hand and all that, and also it was surged, so I accepted it. I was almost at the destination when the rider cancelled, literally a few seconds away and just inside the 5 minute deadline for her.

So not only was I not paid for that ride, but I quite likely missed the airport run I'd been waiting for.

My point is that 5 minutes is far too long, far too generous to allow a rider to cancel without penalty. You can drive a fair distance in 5 minutes.

Personally, I think 1 minute is perfectly reasonable to allow for a sudden emergency or a call made in error by a new user. After that, the driver should be entitled to compensation.

What do you think? Let us know in the comments below. 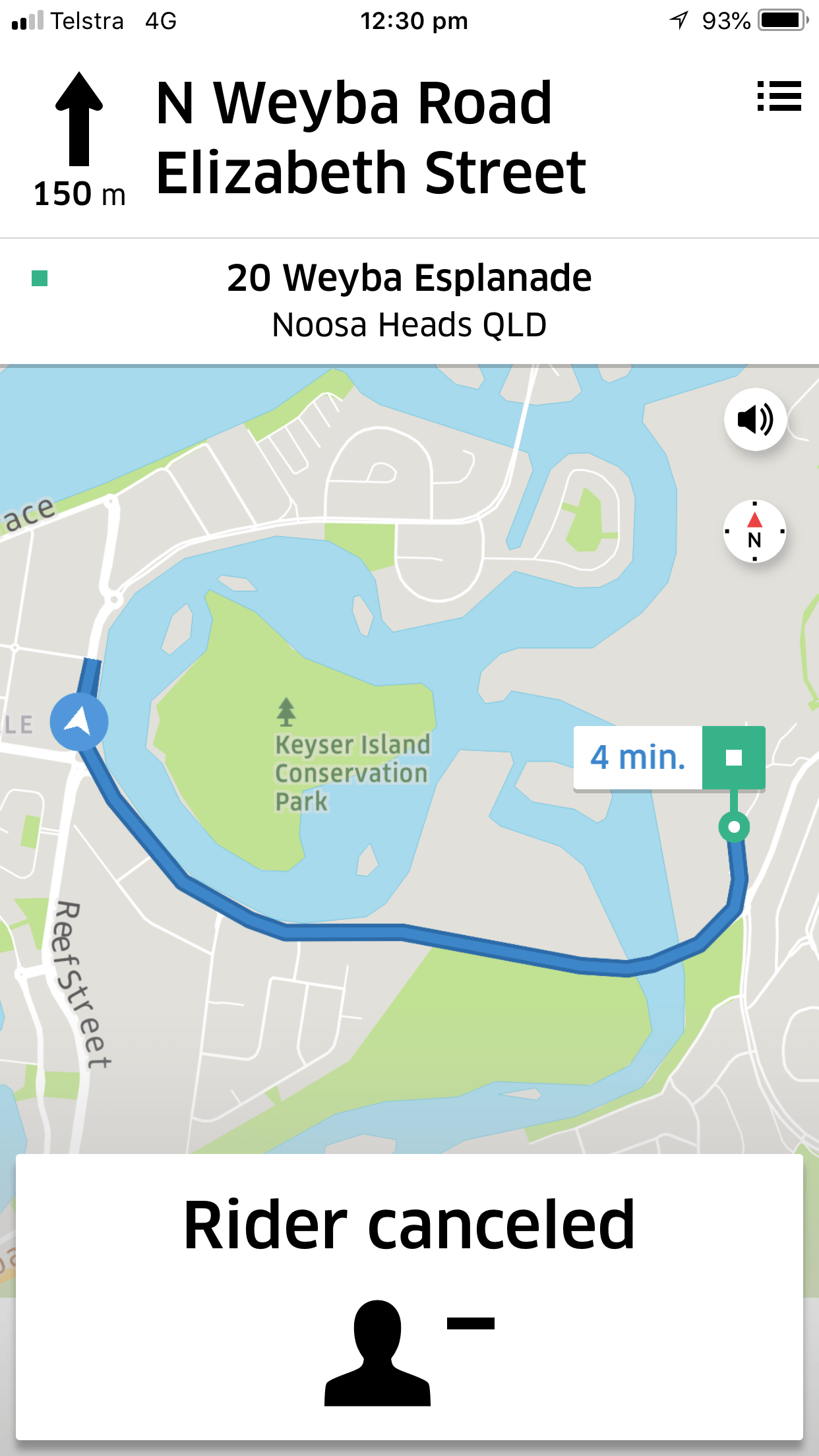 While we're on the subject of rider cancellations, you need to be aware of the latest bug that's crept into the Uber driver app.

[Side note to Uber: Have you never heard of regression testing? It's a standard set of tests that you run a new version of a software product through to ensure the the latest batch of new features haven't corrupted previous ones or introduced new bugs.]

Anyway, what happens is this.

After a rider cancellation like the one shown above, you wait for your next ride.

As soon as you accept it, a Rider canceled message, like the one shown to the left, appears accompanied by the appropriate sound effect.

You immediately think that this rider has cancelled too.

But it's not so. It's a false message triggered by the previous (real) cancellation.

You can safely ignore it and proceed to your new pickup. If you are using Uber navigation, it will proceed to direct you as if the false cancellation message had never appeared.