You Can't Handle the Truth

Following the articles I've written recently about self-driving cars and the effect that it's going to have on us as Uber drivers, effectively making us redundant, a (small) number of Rideshare Guy subscribers have unsubscribed.

That's OK. It's human nature to bury our heads in the sand and try to ignore things we don't like. And clearly we don't like someone telling us that a source of income that we might be relying on is about to disappear.

But the fact is, folk, they are not about to go away.

To find out how you can get into Internet Marketing with my help, click on the Get It Here FREE button over to the right. 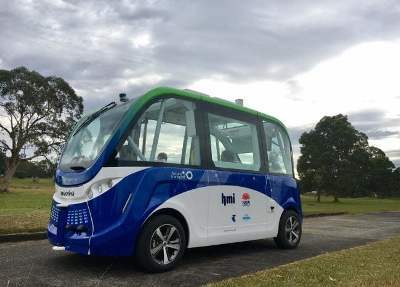 Australian transport officials have travelled to Sweden to look at getting driverless buses brought to our shores.

The city of Barkaby is one of the first in the world to allow the autonomous buses to run in regular traffic.

The system has been running since October and connects homes and businesses to the city’s main transport interchange.

"You just forgot the other traffic was there, you felt confident and comfortable and yes it was a really good experience," Transport Canberra’s Judith Sturman told 9News.

"Human beings not following legislation. That would be the most critical thing. People parking in the wrong place," Barkaby County Transport Minister Kristoffer Tamsons said.
The next phase of the project, expected in the next 12 months, will be the roll out of full sized buses, capable of carrying up to 80 people and travelling at faster speeds.

"Human beings not following legislation. That would be the most critical thing. People parking in the wrong place."

Make no mistake. That's the first step towards removing drivers from the roads completely. There'll be objections, of course. Just like there were when seat belts and compulsory motor bike helmets were introduced. Eventually, we take it for granted and don't give a second's thought.

A DRIVERLESS bus carrying passengers is set to take to NSW roads for the first time.

As part of a two-year trial to begin later this month the small shuttle bus will whiz around within the Newington Armoury at Sydney Olympic Park.

At first, the vehicle that can carry about six or eight people, will not pick up any passengers until safety checks and other tests are successfully complete.

But by the beginning of next year it is expected that the shuttle bus will have passengers on board and be using roads around Sydney Olympic Park.

The trial, part of the NSW Government’s push towards “technology-enabled transport”, was launched at the Armoury this morning by Transport Minister Andrew Constance and Roads Minister Melinda Pavey.

The Government has joined forces with intelligent transport company HMI Technologies, the NRMA, Telstra, IAG and Sydney Olympic Park Authority, to conduct the trial. “The trial, starting later this month, showcases a small part of our much bigger vision for a technology-enabled transport future,” Mr Constance said.

“Today we drive our cars but the reality is, cars will soon drive us and while we are not there yet, we need to be prepared for this change and we need to stay ahead of the game.

“The ultimate goal of the trial is to find the best way to harness the next generation of driverless technology and how to make it work for NSW while also answering questions about how it can improve safety and reliability.”

Mrs Pavey said she expected office workers around Sydney Olympic Park would be using the automated shuttle next year.

“We want to use the trial to help develop the systems that will enable automated vehicles to be connected to our infrastructure, like traffic lights and to our customers through their devices and applications.,” Mrs Pavey said.

The Next Level of Autonomous Vehicles 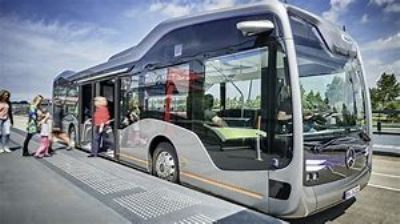 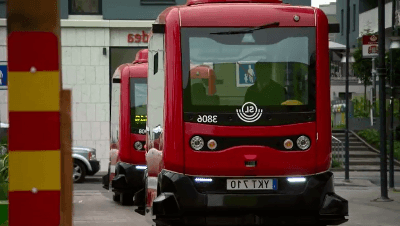 These are the next models of driverless buses about to be rolled out.

People will be queuing up to try them out. That's what I think anyway.