How Much Do Uber Drivers Make?

How Much Does Uber Pay? 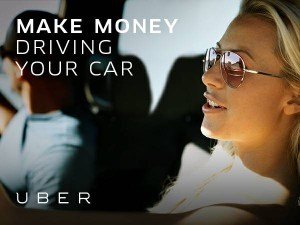 If you’re looking to get rich from driving for Uber, you’re probably going to be a little disappointed. But if you’re looking to make a few hundred bucks part-time, work for a few months while you job hunt or even replace a crappy full-time job, this could be the perfect gig for you.

Sam and I are part-time drivers, Sam in Melbourne and me on the Sunshine Coast in Queensland. I’m retired and have no intention of making Uber a full-time job, so my approach is very casual. Typically, if I’m going out to the supermarket or library, I’ll flick the app on and pick up a few rides. My only exception to this is Sunday morning, where I typically go out before 8.00am and pick up a ride to the Sunshine Coast airport (a nice motorway run of around 40km) and then usually get one back to Noosa.

Sam’s is a more businesslike approach, often working late at night as well as weekends, but he typically brings in over $1,000 in a week. Sam also knows from experience which are the most profitable hours to work.

On an hourly basis, the average Uber pay is in the $30 per hour range. This includes the time you’re not getting paid, such as waiting for your next “ping”. It’s definitely enough to pay a few bills and provide some pocket money, but don’t count on it to make you rich.

BUT… you are now using your car and your phone to earn an income. Which means that a proportion of their cost has become tax deductible, perhaps even to the extent that you’ll pay no tax on your extra earnings! This is a complex area and we’ll cover it in detail in later posts.

Sign up here using our link to drive with Uber!

How are Uber Driver Fares Calculated? 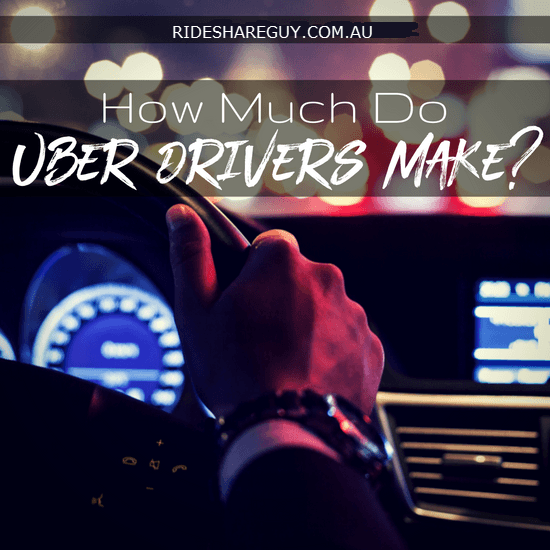 Before passengers request a ride, they are quoted an estimated price range, and your pay is based on the distance travelled and the time it takes to get from the pick-up point to the destination.

The trip fare you see at the end of a ride is calculated by adding:
- base fare: the price for pickup
- time: from start to end of trip
- distance: kilometers of route
- surge pricing (if applicable)
- tolls (if applicable)

Your payment for the trip is calculated as ((base fare + time rate + distance rate) * surge multiplier)) - Uber fee + tolls.

Time and distance rates will differ depending on the vehicle option that you drive (UberX, UberSelect, UberBLACK etc.) and the city you’re driving in.

Let’s say a passenger on the Sunshine Coast calls for an UberSelect when there is no surge and takes a ride of 16 km that takes 20 minutes.

The customer’s fare will be:

If we do the same calculation for the more common uberX, the driver’s take is $18.75.

And if we do it for uberX in Melbourne (although realistically, the trip would probably take longer because of traffic issues) the driver’s take is $18.30.

So summarising, a trip of 16 km taking 20 minutes would give you a return of:

In a subsequent post, we’ll create a table showing all Australian states.

What About Uber Surge Pricing?

As a driver, Uber surge pricing is your new best friend. Surge pricing basically happens when there is high passenger demand and low driver supply. During busy times like Friday and Saturday nights and commuting hours, you will typically see a red or orange surge area on the map.

Surge multipliers can be as much as 8 times normal pricing!

Any ride you give on surge will have a surge multiplier, and you’ll receive the surge amount multiplied by the regular fare. So, if we look at the figures above and add a 2.0x surge multiplier, what happens to the driver payout?

As you can see, the driver’s income doubled in this example, but the driver doesn’t have to do any additional work. Fortunately, a 2.0x surge is pretty common during busy times. They can also disappear quickly, as passengers who are unwilling to pay the surge price wait (thereby reducing demand) and more Uber drivers come on board (increasing supply).

How Much Do Uber Drivers Make on Average?

On average, most Uber drivers in Australia will make around $30 per hour. More for UberSelect, UberBlack and during a surge.

The goal of an Uber driver is to always be moving with a passenger in the car, but that doesn’t always happen. There are times when you won’t be making any money, including the following:

· Waiting for a ride request

· Driving to pick-up a passenger

· Waiting at the pick-up point for your passenger to come outside.

However, there is a very useful Uber feature during busy periods that you should take advantage of. As you near the end of a ride, you may get a request for your next ride. The pickup point will normally not be far from your dropoff point, so it’s a good idea to accept the request. Then, as soon as you swipe Complete Trip for your current ride, navigation will start directing you to the next one.

This is a great way to minimise your wait time, reduce your fuel consumption and increase your hourly rate.

How Much do Uber Drivers Make in a Week?

According to the drivers we’ve surveyed, a majority of them work 10 hours a week and make around $300 a week. Most full-time drivers are earning around $800 a week but I know many drivers who routinely top out at $1,000 a week or more. Uber also offers bonuses and other incentives from time to time that will allow you to increase your income.

So if you’re a brand new driver, you may receive a sign-up bonus for signing up to drive with Uber (this varies from time to time and city to city) and you could also earn promotional pay and further bonuses once you get started.

What About an Uber Driver’s Expenses?

Since Uber drivers are independent contractors, you are responsible for all of your own expenses. Fortunately, there aren’t a lot of costs to getting started and once you’re driving, taking care of your car will be your only real expense.

Drivers Are Responsible for Fuel and Maintenance

Your biggest cost as a driver (other than the lease cost or depreciation of your vehicle) is going to be fuel since you’ll be driving a lot of kilometres. Most new drivers are surprised at just how many kilometres they’ll put on their car, but to give you a good estimate, a full-time driver doing 40-50 hours a week will probably put 1,600 kilometres a week on their car.

So it pays to have a car with a fuel efficient engine such as a hybrid or diesel.

In a subsequent post, we’ll cover how to get the most tax benefit by keeping an accurate log for only 3 months and recording all your expenses. We’ll also provide spreadsheets to make this easier.

Your Uber fare includes GST, so you are required to remit it to the ATO via a BAS (Business Activity Statement).

We’ll cover the details of doing that in a separate post.

Sign up here using our link to drive with Uber!

Is it better to work full-time or part-time as an Uber driver?

Personally, I prefer working part-time since you’re able to target the most profitable hours to drive. The more you work, the less flexibility you have when it comes to driving with Uber.

Want to read more? Check out the complete driver training guide articles below or download the free PDF here:

Why Should You Drive for Uber?

Things to Know Before Working for Uber