While waiting for me to do the next lot of FAQs, here are some ways of using the time spent waiting for your next ride. 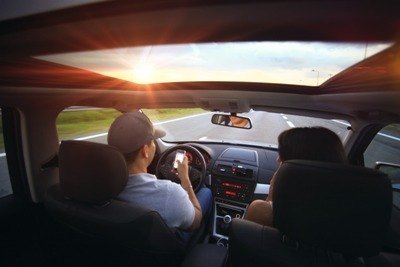 We drive mostly to make money: We drive, we earn, we drive, and we earn. But there’s quite a few things that are really golden opportunities that we have because of all that time that we’re spending in the car.

If you do 20 rides a day, and in between the rides you have 5 minutes, that’s like 100 extra minutes that you have where you can be listening to podcasts when your passengers aren’t in the car.

Develop a Sense of Self Discipline

The second hidden opportunity is to develop a strong sense of self discipline. We’re very unusual, we’re independent contractors, we don’t have a boss. We need to strengthen our self discipline, our ability to work and get something down the road. In other words, delayed gratification. It’s something that most people don’t have to deal with on a day to day basis because they have their regular job, and they’ve got a boss that tells them they’ve got to be at work. What I do is I create a daily schedule, and my job is to stick to that schedule and get all my stuff done.

Learn the Art of Conversation

Hidden opportunity number three is the art of conversation. How many rides have you given? If it's 5,000 then you've had at least 5,000 people in your car. Everyone of those is an opportunity for you and me to become better conversationalists. To ask a few simple questions and listen for the response, and then continue the conversation.

You can experiment with things that you say and see how it affects the person that you’re talking to. You’ll learn how important compliments are. Saying nice pleasant things to people, how it changes their whole outlook. Or you can try, if you want, saying some negative things, or some controversial things, and notice how you’re not going to get the same kind of positive response.

Learn the Art of Listening

This is a skill, that if you learn it, it works so well with your partner, it works with your children, it works wherever you interact with people. The hidden, the pretty much neglected. Everyone’s talking at each other, talking back and forth, you can learn to be a really great listener because of the amount of time you’re in your car interacting with so many different people.

I’m No Longer Driving for Uber. Here’s Why: