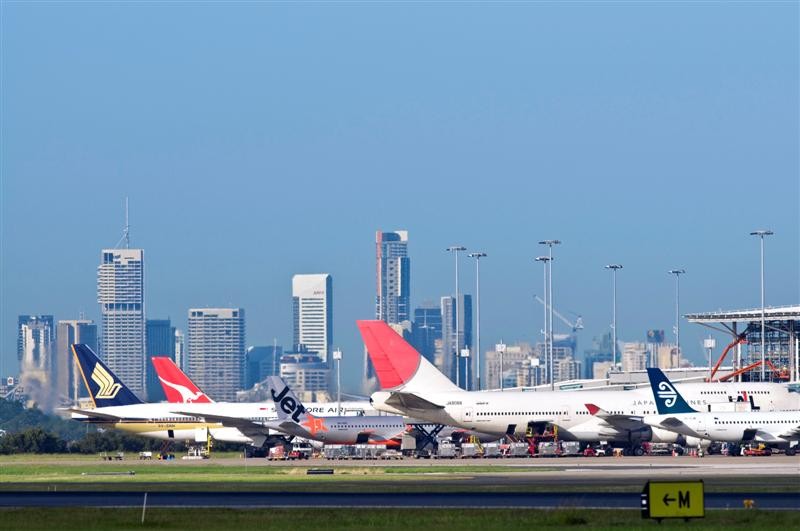 I’m going to cover the two airports that I’m familiar with, namely Brisbane and Sunshine Coast, both in Queensland.

My colleague on this website, Sam Griffiths, will cover the Melbourne airports at Tullamarine and Avalon and we’ll both investigate other Australian airports to bring you their current rules and regulations.

Because Queensland legalised Uber and compensated the taxi industry, it’s no surprise that Brisbane airport has handled the situation in the best possible way. In particular

You can get all the current Brisbane airport information at:

Including a video demonstrating all of the steps required.

I have to admit it.

I just love the Sunshine Coast airport at Marcoola. It’s just so laid back and, well, Queensland.

Here’s a personal anecdote to illustrate what I mean.

I was delivering passengers (a lovely young couple) from Noosa to the Sunshine Coast airport when I had the misfortune to get a left front tyre puncture along the motorway.

My tyres were due for replacement anyway, so I guess I’d left it a bit too long.

It was hammering down rain, so no way was I going to stop and risk my life changing a wheel in the rain on a 110 km/hr motorway. Besides, I had passengers who needed to catch their flight.

The tyre was deflating rapidly, but not yet down to the rim, so I kept going but at reduced speed.

To cut a long story short, I made it to the airport with a shredded tyre, my riders were appreciative and grateful and I was stopped outside the departure lounge, where you are allowed to drop off passengers but not to park.

Soon enough, I was approached by a guy in a hi-vis vest and I explained that I was waiting for roadside assistance. “No worries, mate. I’ll let everyone know.”

But by then I had another problem - a fairly urgent need for the toilet. Hi-vis guy explained that unfortunately I couldn’t leave my car because of Federal law (presumably due to anti-terrorism and car bombs). So I resolved to hold onto it.

A few minutes later, a more senior hi-res vest guy came out and said “Grab your toilet break, mate. I’ll watch the car.” I can’t imagine that happening in Sydney or Melbourne. Probably not in Brisbane, either.

Just like in Brisbane airport, as soon as you enter the immediate airport vicinity, you are placed in a virtual queue.

As soon as I’ve dropped my rider off, I have a look at the rider app to see how many other Uber drivers are at the airport.

So if there’s 3 other drivers, for example, I’ll assume I’m fourth in the queue.

Then I’ll have a look at the flight arrivals at

And make a decision on staying and waiting or not.

If there’s a Melbourne flight arriving, there’s a good chance there’ll be passengers looking for a ride to Noosa, where I live.

Waiting for a Ride

There are two alternatives as to where you can wait.

I’ll generally wait if there’s a flight arriving within the next 20 minutes or so. Otherwise, I figure I’m better off heading for home and picking up rides along the way.

There seems to be a wide variety of experience and opinions when it comes to airport dropoffs and pickups. Some angst as well, as evidenced by the taxi blockade at Tullamarine when the Victorian government legalised airport transfers for Uber drivers.

We'd love to hear any feedback you might have for us.